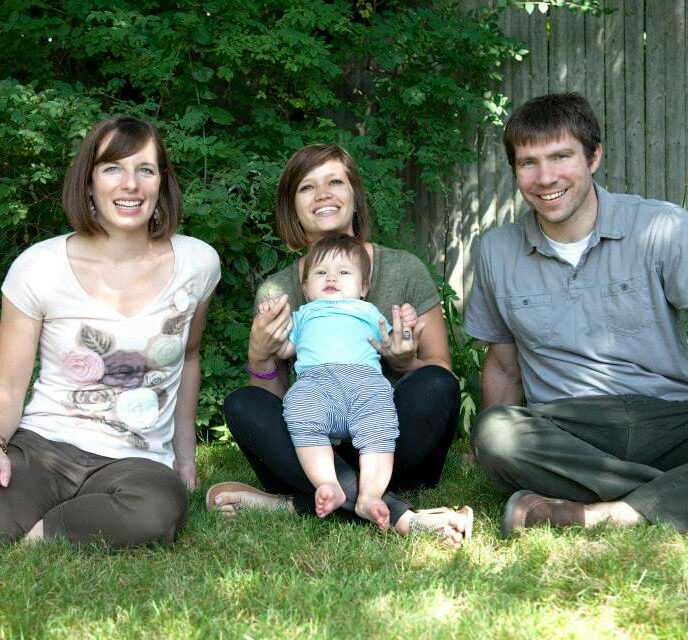 I woke up that morning and lay in bed next to him with my heart racing. I was a day late on my period, which had never happened before. For a while I tried to fall back asleep, but the uncertainty forced me to get out of bed and walk to the store to get a pregnancy test. By the time I arrived back home he was awake in bed. I went to the bathroom and as we both waited for the test to decide our fate, I thought of every possibility.

This wasn’t a good time to have a baby. We were both in the middle of getting our degrees at the University of Iowa. I worked part time as a waitress and didn’t have much money saved. How would we afford diapers? We had been having some relationship issues and having a baby would complicate things. I worried that he would leave me.

Personally I had always wanted to be a mother and the thought of having my own child excited me. I am a proud aunt of two nephews, one of which I lived with the first year of his life and helped my sister with him. I knew how to be a good mother and knew that I had it in me to be an amazing and nurturing mother. When the test came back positive we sat down and discussed our options. He wanted to get an abortion but that wasn’t an option in my mind. After a day of discussion we came to the agreement that we would keep our baby and become the family we had always talked about.

A few months later the relationship fell apart and he left me. Alone and terrified of being a single mother I cried daily. I didn’t know what I was going to do. Weeks later he told me that we needed to place our baby for adoption. He explained to me that at this point in our lives and with everything we had been through we were both unfit to be good parents.

At first I protested, but later I knew that he was right. How could I be so selfish to keep my son simply because he was mine? Just for him to live a life of financial restrictions and to have to deal with the burdens that I had created?

I asked my mom to help me find a good adoption agency. Her friend had used Graceful Adoptions in West Des Moines, Iowa when she was looking to adopt her children. She said that Graceful was a very respectful agency and would bend over backwards to help me.

So on June 7th, 2012 just two days after my 25th birthday, I called Karen Nissly at Graceful Adoptions and told her that I had decided to place my baby for adoption. I cried to Karen as I explained my situation and told her that I wanted a better life for my baby. Quietly she listened to me struggle to speak through my tears. Even though I had never met her and had only been talking to her on the phone for about an hour she was the most supportive person I had in my life at that moment. She didn’t treat me like a client or a stranger. She treated me like an old friend and genuinely cared about me and about helping me through this difficult decision. She explained to me that she understood how hard my decision was and that I shouldn’t be ashamed. She knew that I was making this decision out of love for my son and she wanted to be here for me every step of the way.

Throughout the adoption process Graceful Adoptions provided endless support. I was able to call the local social worker, Farrah Bonde, if I ever needed anyone to talk to for any reason. She was always upbeat and would have gone to great lengths to help me if I had ever needed to ask. Karen was also in contact with me every step of the way. She has such a positive and outgoing personality I would only be on the phone with her for moments before she had me laughing and feeling a little bit better about life. They thoroughly talked me though each step of the adoption process and made sure I understood everything. They didn’t treat me like a bad person and took all my comments very seriously. They constantly put my feelings above everything else. They maintained that everything was the birth mother’s decision and made sure that I felt like I was being heard. They met with me to discuss birth plan and what I wanted as far as my relationship with my son and his parents. 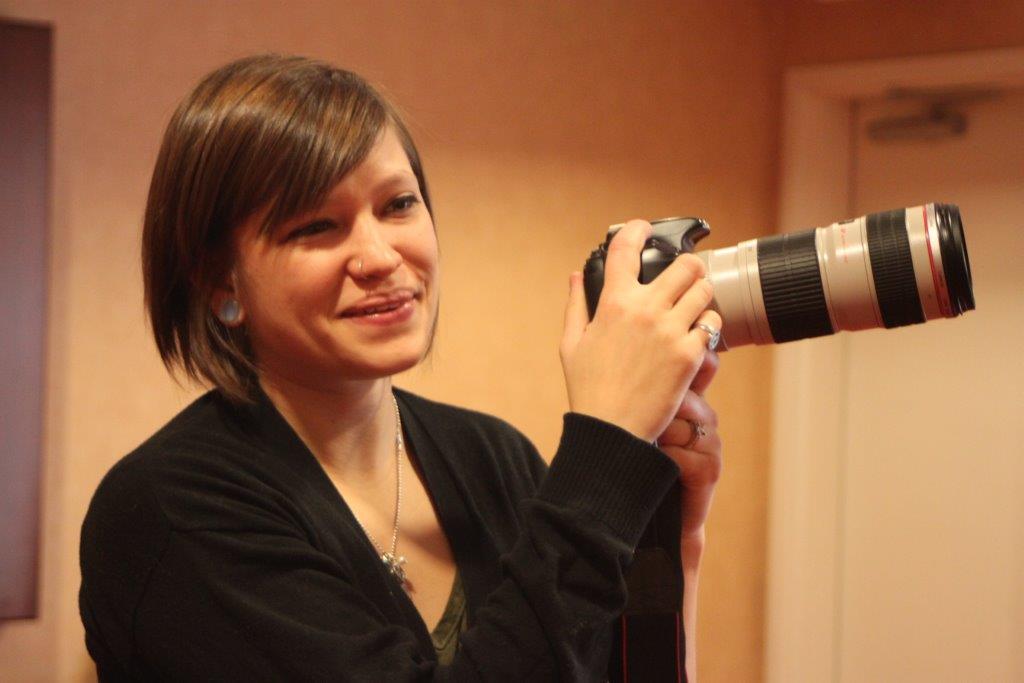 When I was six months along I began to look at parent profiles to pick who I wanted to be the parents of my baby. Even before I was sent profiles I spent hours on the phone with Karen going over what I was looking for in parents. She asked what qualities I wanted in parents, what kinds of support I wanted them to be able to provide for my baby and things like that. She also asked me what my hobbies were and what my life was like. She knew that it was important to understand me to understand what kind of parents I would want.

She sent me three profiles at a time and as I looked through them I was very critical of each couple. I knew that this was the most important decision I would ever make and I had to make the right decision for me and for my baby. I had to make sure that not only would I be able to get along with the parents (because I wanted an open adoption and was planning on being in my baby’s life) but also that they would be able to provide the unconditional love and support a child needs in order to prosper in life. 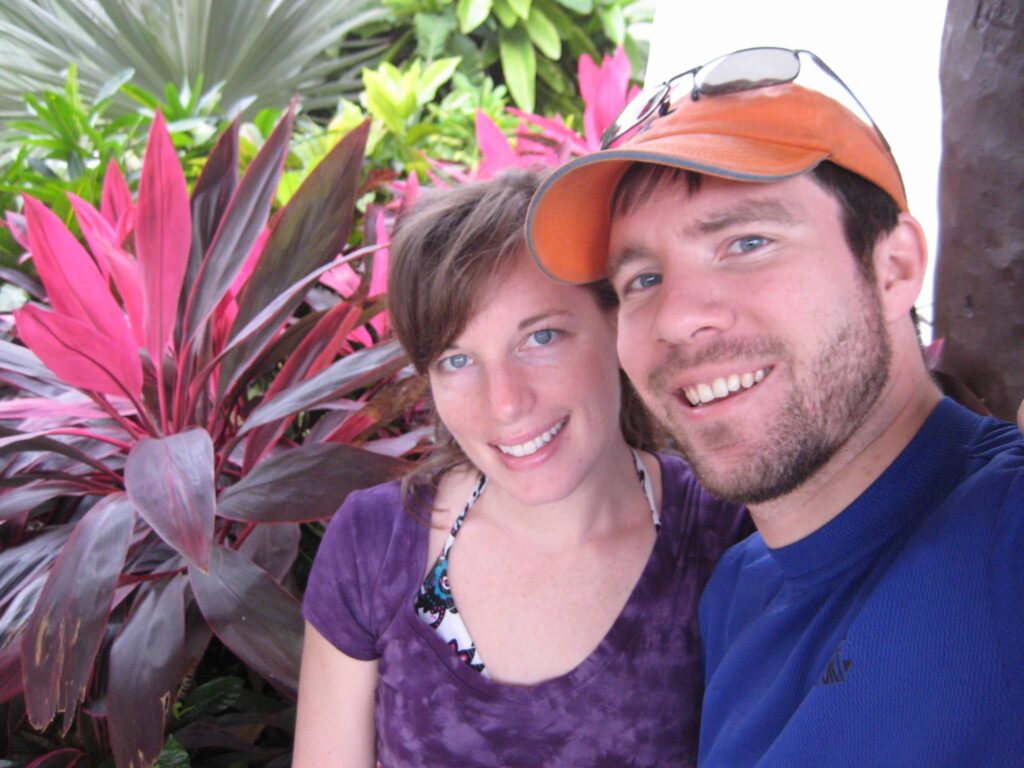 I chose Kristen and Brian because they liked a lot of the things I liked such as photography, fitness, being outdoors, traveling, and working hard. I liked that they had a solid marriage as well as solid careers. They were both fun-loving and care-free. They were responsible and respectful. In their profile they said, “We will give the child everything they need but not everything they want,” which is the most perfect parenting sentence in the world. It was at that moment that I realized they were the perfect parents to raise my baby.

After I chose Kristen and Brian we had an hour long phone conversation where we were able to get to know each other. I asked them questions about themselves and their marriage. I told them what I wanted from my baby’s parents. They asked me about my life and what I was like and told me their plans for our baby. After that initial phone conversation I felt confident that I had picked the right couple to raise my baby. 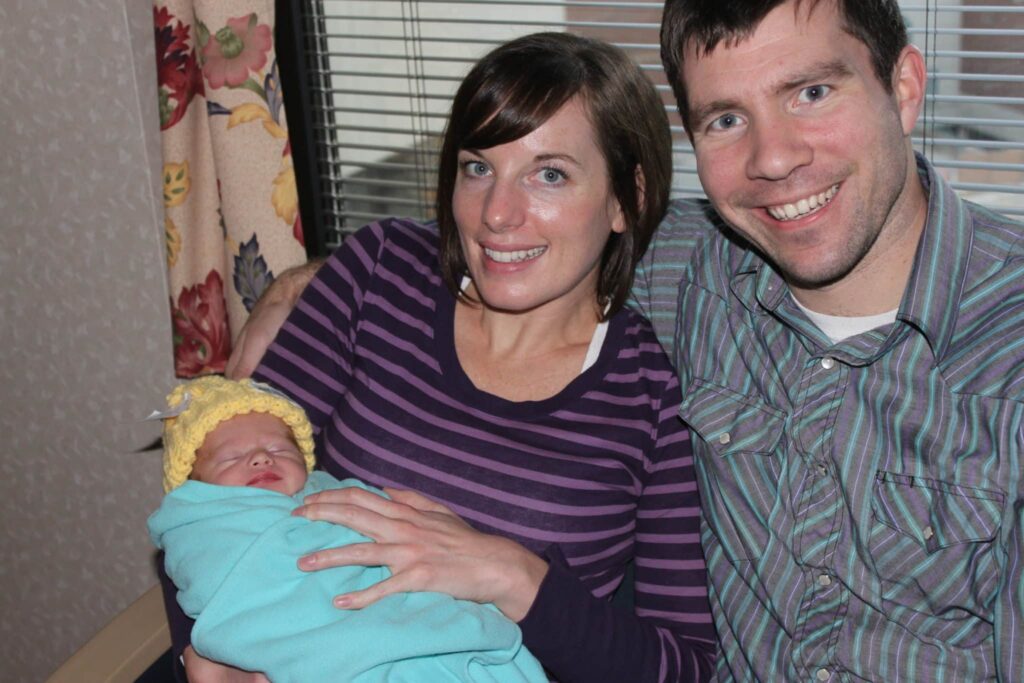 I officially met Kristen and Brian in the hospital, ten minutes before I began to push. They came in and both gave me a hug. We talked as if we had known each other for years. It wasn’t awkward. Instantly I could feel the love and concern they had both for me and for our baby. When they left the room and I was about to push, I was 100% sure that I was doing the right thing.

For a birth mother, the experience of adoption contains mixed emotions. When I was pregnant I cried daily at the thought of not having my baby. There is such an intense sorrow that comes with placing your baby up for adoption. Knowing that you won’t be there for his first steps or when he falls in love for the first time is really hard to deal with. Yes, adoption is scary and yes, it’s one of the hardest things I’ve even done. However, I knew I was doing the right thing for my son.

Karen and everyone from the adoption agency were very supportive which helped. I don’t know how many times I cried to them on the phone and they were there to listen and to show support. It was comforting to have people on my side who understood me. Not knowing the future was nerve wracking at first but it was a relief finally picking parents for my baby because I began to learn about where my son was going to live and about what kind of life he was going to have. I fell in love with Kristen and Brian and since Leo’s birth we have a very strong family dynamic that works for all of us. I would say 100% that this was a very positive experience and am very grateful for Graceful Adoptions.

If there were any woman who is pregnant and thinking about adoption I would explain that adoption is a beautiful thing. I have found that a lot of mother’s don’t consider adoption because of the negative stereotype. Most mothers don’t want others to think badly about them for placing their child for adoption. It’s any parents job to put the needs and the life of their child above their own wants and needs. The child should be most important and it is the parent’s jobs to make sure that precious child has the best life possible. And, it’s giving a couple the opportunity for a life experience that they wouldn’t otherwise get – a chance to have a family.

I would recommend women and men who find themselves in the situation of possibly going the adoption route to do so. For birth parents it’s a better option than abortion and for adoptive parents it’s a very beautiful thing to give a child a life they wouldn’t otherwise have.

Graceful Adoptions has my full support. I would recommend them to anyone. Kristen and Brian even went out of state (they are from Ohio) to find Graceful. If that isn’t a testament to how amazing this adoption agency is, then I don’t know what is. They provide support and friendship. They know the laws and know what to do and what not to do. They are extremely honest and open with everyone involved in the adoption. They are discrete and hold confidentiality in the highest regard when dealing with those not involved in the adoption. They are people you can call any time for any reason and they will always do their best to help in any way possible. I don’t know how I could have gotten through this experience without Karen and her amazing team!